Get fresh music recommendations delivered to your inbox every Friday.
We've updated our Terms of Use. You can review the changes here.

by Acre vs Storm the Palace 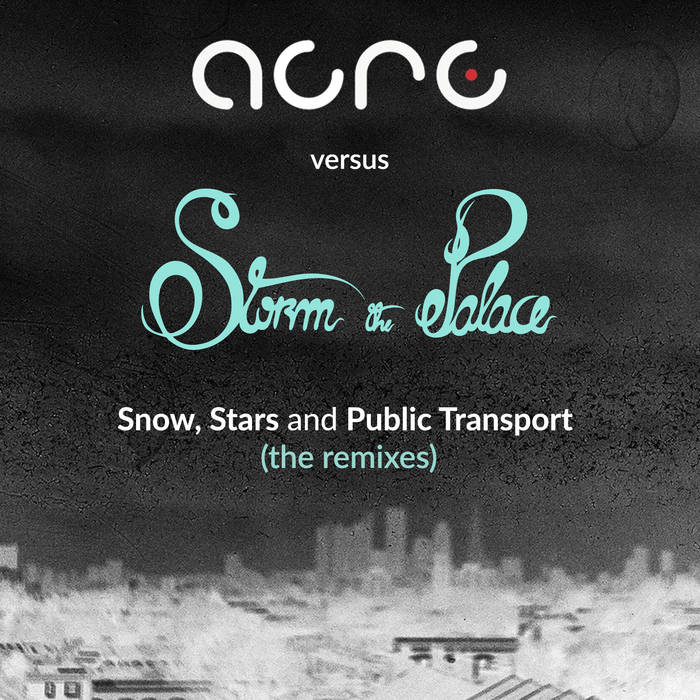 Snow, Stars and Public Transport (the remixes) is the fruit of a long-standing collaboration between two Edinburgh-based musicians: Sophie Dodds, frontwoman and songwriter of the baroque pop band Storm the Palace, and C Mantle, stalwart of dark and complex electronic music and founder of the label Acre Recordings. In May 2017, Storm the Palace released their debut LP Snow, Stars and Public Transport (dubbed by Scotland on Sunday as ‘one of the best albums’ of that year). The album was mastered by C Mantle and he and Sophie decided that the next logical step was to create a remix version on [RT1] Acre Recordings, featuring artists from the Acre fold.

What started as a somewhat self-indulgent side-project organically blossomed into a collection of incredible and unusual remixes. The contributors were given one rule: only the original stems could be used. But this was not an easy ask given that they were all used to working with electronic sounds and most of the parts had been recorded live and contained bleed from the other instruments. However, they rose to the challenge.

Solutions ranged from 6SISS’ transformation of the 6/8 ballad ‘On Snowing’ into a textured soundscape in 5/4, to Badrich’s taking of jangly pop song ‘La Lido’ at face value and immersing it in a pool of reverb. C Mantle brought his immaculate, techno-inspired approach to the track ‘Does It Have A Name?’, and The Wee Djs and Savier brought out the visceral sensuality of the tracks ‘Go Home’ and ‘House in the Clouds’. Eden Grey completely reconstructed the shanty-like ‘Cadillacs and Carousels’ into a gorgeous, Cocteau-Twins-esque, slow-groove anthem.

Members of Storm the Palace also got involved. In fact, the project started life with Sam Wilkinson (aka Bozo)’s down-tempo, glitchy reworking of ‘DLR Dreaming’. Reuben Taylor jacked-up the album’s opener, ‘Moon Above Villiers Street’, to intense and mathematically mind-boggling proportions, and Sophie Dodds turned the lush strings of ‘Little Rituals’ into a jarring example of musique concrete. The band’s erstwhile collaborator Wou-Wou & The Wormling [RT2] contributed as well, with a Lynchian version of ‘Nadir’ that draws on the song’s sinister side.

The contributors’ locations range from Portland, Oregon to Belgium. Yet despite this they have created a remarkably cohesive group of tracks that radically reinterpret the original album whilst remaining faithful to its snowy, shadowy atmosphere.

Please support the artists. Links to their websites are on the individual track pages.

*Edinburgh Community Food is a charity that tackles health inequalities in low-income and vulnerable communities through food and health development and promotion work, including cooking and nutrition courses, nutrition workshops, training days and health information sessions. Amongst other groups of service users they are currently working with women going through the criminal justice system, people experiencing homelessness or mental ill-health and also collect toiletries for local food banks and women's hostels.
www.edinburghcommunityfood.org.uk

Bandcamp Daily  your guide to the world of Bandcamp